Last Friday, on August 8th, General Motors was forced to recall more than 312,000 vehicles throughout the world. This year alone, the car company has had to recall more than 29 million cars total. GM has been under increased scrutiny since it was revealed that for the past decade, authorities at the automobile powerhouse have known about and williningly signed off on faulty ignition switches and other defects.

After GM admitted to their negligence, the company also agreed to pay out claims. In the first week of submissions, it’s been noted that more than half of those claims submitted have come from families that say one of their family members died because of a vehicle they were driving. Kenneith Feinberg, the fund manager responsible for allocating the proper amount to survivors and families, claims that 63 out of the 125 claims submitted so far have noted a fatality. This means that GM has widely underreported the extent of the damage caused by their faulty parts. They previously reported that only 16 deaths had been reported out of 2.6 million small car recalls. 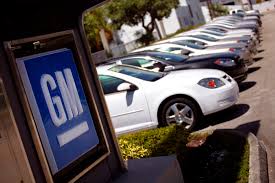 Currently, GM is accepting claims whereby families and survivors must prove that the injured party was hurt by a recalled product or faulty part. Although the company has stated that $400 to $600 million dollars have been allocated for a fund, they also have stated they will be generous with their payouts.The company has a clear reason to initiate settlement procedures; GM will save much more money if the drivers and passengers of the 2.6 million recalled vehicles don’t initiate litigation through their own attorneys. The company will look at a combination of medical expenses, wages lost and pain and suffering that occurred as a result of an accident that involved one of their faulty parts. According to the NYT, industry experts expect that those who try to litigate their case and forego the settlement that GM proposes will likely face an aggressive and lengthy, although not impossible, fight in the courts.

If you or someone you know has been injured by a recalled product, merely sending the product back for a replacement or refund is unlikely to be an adequate response. Rather, an individual injured by a recalled product is likely entitled to greater compensation under the law. This likelihood is particularly true because large corporations that produce defective products normally carry large insurance policies for the benefit of the consumers that their products might injure.

If you or someone you know has been injured by a recalled or defective product, you deserve to understand the full extent of your legal rights and the compensation you may be entitled to receive. In such cases, you may be subject to a pressing statute of limitations (the deadline to make a claim), or you may be at risk of losing evidence critical to your case; therefore, it is essential that you act quickly to preserve your rights. The attorneys at Fears | Nachawati are national leaders in product recall cases and will be happy to assist you. For a free attorney consultation, please call 1.866.705.7584 or send an email to mn@fnlawfirm.com.